Why I Did NOT Kiss Dating Goodbye: Guest Post Michelle Acker 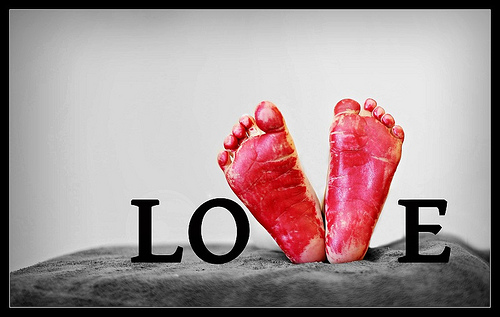 The countdown of Top Posts of 2011 on All Groan Up nears the end with the #2 post of the year.

#2: Why I Did NOT Kiss Dating Goodbye: Guest Post

Picture by the very talented mother of five, Amanda Tipton

“Dating by definition is awkward.” Has there been truer words?

Michelle Acker – the guest postee on All Groan Up of Do We Have the Wrong Expectations as Emerging Adults completes the the guest post two-fecta with this fabulous piece about the woes and joys of dating.

If you’ve ever dated, Eharmonied, or “grabbed some coffee,” you will be encouraged by the recently married Michelle Acker.

Why I Did NOT Kiss Dating Goodbye

When I was 14, I read a book called I Kissed Dating Goodbye and right then and there, I decided that I wanted a Joshua Harris kind of guy to come knock on my door, ask for my hand in courtship and then off we’d go to live happily ever after. However, 10 years later I started to realize that in fact is not very realistic, at least not for many people I know.

Dating by definition is awkward. It’s filled with ups and downs, accompanied by text messaging and facebook friend requesting and clicking the eharmony “closing communication” button. I think it’s pretty normal to have mostly just-ok-kinda-mediocre first dates and maybe a handful of great dates that turn into second dates. But probably more often than not if you’re like me, you have had more nights where you wonder why isn’t there anyone to date?

I could go into a long, sociological and cultural explanation about the changes in dating and relationships over the past 30 years. However, the fact is, our generation is getting married later than ever before. Thus the dating process has been prolonged, and therefore the need to learn how to date has also increased.

Why Didn’t I Say Yes?

I remember after I graduated from college, a nice guy* from work asked me to grab dinner later that evening. I fumbled with my words and said something like umm, I’m not sure if I can. My roommate was appalled. “He just asked you to dinner, not to marry him for goodness sake! Why didn’t you say yes?” Good question.

The truth is I could have given you a list of reasons why I didn’t really like this guy or why I wasn’t sure about this or that. But, how could I really know if I didn’t even give him a chance? Dating takes practice and it may mean being open to someone who doesn’t initially meet your laundry list of expectations.  But let’s be honest, who wants to be with someone who can be defined by a list anyways. People are complex, beautiful and diverse. Of course I’m not advocating that you don’t have expectations or standards. In fact, just the opposite; I think it’s wise to have thought through the kind of person you want to spend your life with before you start dating. However, I think our generation is at risk of spending so much energy and time talking about dating, and analyzing personality types and relationships, that sometimes I think we have forgotten how to date.

It seems that because we have grown up with access to information and knowledge that our parents never had we have succumb to the false belief that we can work hard, and make something happen with the right person. Ask yourself: Do your expectations and ideals of how dating should be, keep you from learning and enjoying what it is?

I know too many single people, including myself, who will make excuses and find something “wrong” with every potential date. In truth, dating is how we get to know someone else, but maybe even more importantly it’s also an excellent way to get to know yourself.

My advice: Become the person that you would like to date. Learn to be interested in others. Learn how to ask questions and how to share about interesting things in your life. That said, make sure you have something interesting in your life to share. Be involved. Serve others. Play on a team. Take a class. Be courageous enough to respond with a phone call if you expect someone else to do the same.  Learn to laugh at yourself. And know at least one good joke to tell. Be willing to try something new, but also speak up when you don’t like something. Nobody wants to date someone who is pretending. Focus on being the right person, not on finding the right person.

I mean think of the odds, if you keep saying no to dating, it seems pretty hard to say hello, to marriage, right? Dating can be fun. And if nothing else you’ll have some wonderfully hilarious and embarrassing stories to tell.

*authors note: I think there should be apologies to all the Mr. Nice Guys in the world who had the guts to ask her out, only to receive a lame response and rejection like mine.
_____

Michelle Acker is a “California girl with a Guatemalan heart, who is finding out that living life in-between can be somewhat complicated.” Find more Michelle at http://simplycomplicated.me/

Have an article idea that would fit ALL GROAN UP like peanut butter, well, on peanuts. Check out how you can Write for ALL GROAN UP.