I Love Being the Underdog 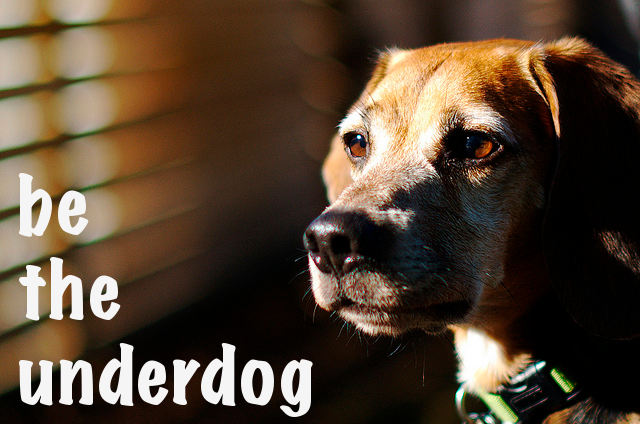 I love being the underdog.

Because no one believes.

Until you make them doubt.

Until they can’t believe their eyes.

They say you can’t win.

And then you do.

That story is told by underdogs. Who mock odds and defy critics.

People don’t relate to the favorite. To the person who has been given the golden platter on a platter.

Underdogs fight the fight that we all fight.

Maybe your plans aren’t going as you planned.

You can’t make a comeback if you’ve never lost.

Before Michael Jordan was Michael Jordan or Abraham Lincolon was Honest Abe, they were clawing their way through failure, doubt, and defeat. They transformed their reality and those around them because they refused to NOT BELIEVE.

I love being the underdog.