NEW YORK — The Occupy movement that first stormed Wall Street, then quickly spread like wild fire across .03% of the nation with a wave of angst, frustration, and overall “wait, what?,” has taken a dramatic turn today as protesters occupied possibly the most controversial street to-date — Sesame Street. 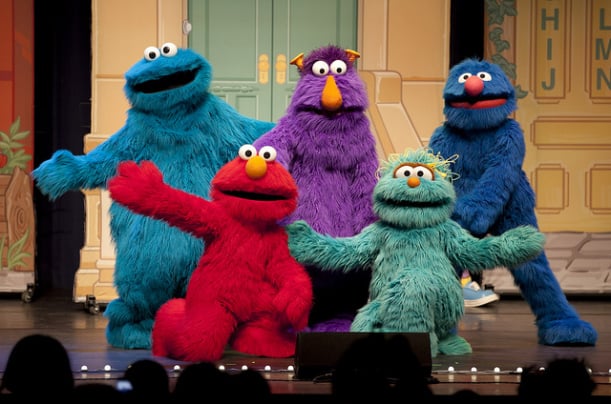 Thousands of twenty and thirtysomethings flooded the corner of Sesame Street and Nash wearing shirts that read, “Burn, Bird, Burn” and “C is for Cookie…and Corruption,” as protestors tore down cardboard buildings and tipped over one-sided cars.

“These Occupy protests have always been about fighting against the engrained establishment,” shouted Max Franklin, a 23- year old Starbucks barista who joined the Occupy movement thirty-three minutes earlier through a re-tweet on Twitter. “What could be more ‘establishment’ than Sesame Street? Brick by brick built on lies. It’s time the bricks stop lying, and start being thrown.”

Sesame Street, long known for paving the way in children educational television through the use of innovative, yet entertaining rhyming and singing techniques,  has long been one of America’s most popular yet controversial shows. Years of allocations and studies blaming Sesame Street for the erosion of children’s ability to concentrate on anything non-muppet, has consistently put Sesame Street under the microscope . Yet no controversy to-date has matched the kind of animosity embedded in this Occupy protest.

“It’s not easy being green. C’mon man,” laughed Whitney Williamson, an art student at New York University . “Kermit is what’s wrong with America. He taught all these Wall Street power brokers that “green and greed” are the only colors that matter. Kermit needs to be stopped.”

As protestors converged, film crew and muppets in mid-production on Sesame Street’s 42nd season, quickly ran for their safety. Some believe, quite possibly for their lives. 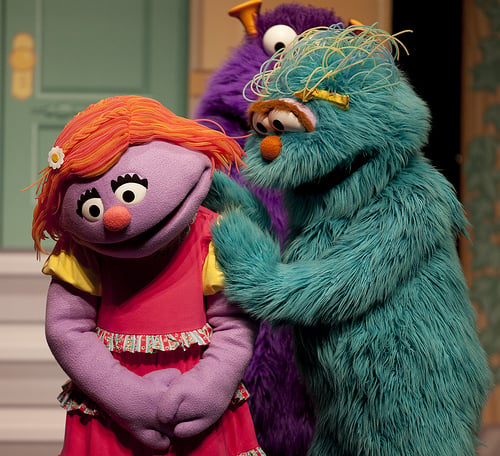 “Did these protestors ever think that the monster in the mirror just might be you,” an irritated Grover yelled to reporters. “Do not wubba me or I will wubba you.”

Authorities dispensed onto the scene were met with a barrage of rubber duckies, leading to at least a handful of arrests.

“When I saw rubber duckies being used as weapons, a part of me died,” a distraught Ernie told reporters in between breaths from an oxygen tank.

Big Bird, who was not at today’s filming due to his fifteen city tour to promote his new workout DVD, Shake Your Tail-Feathers, could not be reached for comment. Instead he released this statement through his agent.

I am shocked, saddened, and sickened by the Occupy movement against Sesame Street. We’ve given over 40 years to our fans and I can’t believe they’re now turning into our enemies. My prayers go out to my co-workers. The air is no longer sweet at Sesame Street.

Why exactly the Occupy protests turned their latest frustration against Sesame Street, the full verdict is still out. However, protestor Matt Wilmer, a 33 year-old unemployed coffee bean roaster, might have summed it up best.

“Sesame Street taught us to hope, dream, and reach for the stars. Well after my 157th application with one call-back. After having to move back into my old bedroom, watching the same TV I did when I believed every word these muppets sang me — I realized, everything is not A-OK. Sesame Street needs to stop singing that it is.”

When asked the question, Oscar the Grouch replied, in between puffs from a cigarette, “You bet your $%@ we will.”