4 Life Lessons From Saved by the Bell 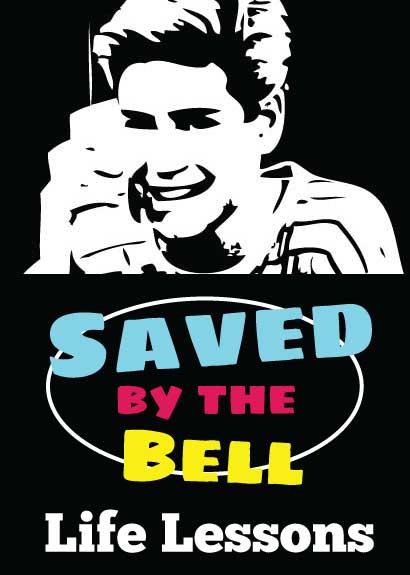 Was there a more revolutionary, before-it’s-time-television-show than Saved by the Bell?

Do I need to even ask?

Growing up, watching Saved by the Bell was like eating a 1 LB bag of M&M’s — you couldn’t help but devour the whole thing; even if it meant you felt a little nauseous and were too ashamed to tell your friends.

But apart from the Jesse, caffeine pills, “I’m so excited” episode, clearly having a huge impact, which is probably why our generation consumes so little caffeine. Saved by the Bell taught us vital life lessons that are still changing our lives today.

Four Life Lessons Learned From Saved by the Bell

1. Friends are in fact Friends Forever

Zack Attack sang truth. Sure making and keeping friends can feel harder than A.C.’s biceps. There will be those moments when your “friendship bracelets” become “love cuffs”, or you’re fighting over a bowl of punch, carelessly knocking in toupees from the ones you love.

But when your principal puts you in the hospital or you’re a credit short from graduating, who’s going to come to your rescue?

Saved by the Bell Life Lesson: No matter how tempting it can be to scrap your friends for a cute blond or red convertible, we all still need a little help from our friends.

The rest is television lore.

Saved by the Bell Life Lesson: Sometimes you have to dig through a lot of dirt before you can find that brown-bleached-blond nugget waiting to make your idea a freaking-mall-tour success.

3. Know When Enough is Enough

Saved by the Bell: The New Class.

No matter how many times their parents, or friends, or jocks, or sleazy Jeff’s with their slick hair and cheating ways tried to step in between, LOVE WON. Zack and Kelly rode off into the sunset, a Vegas-Made-for-TV-Wedding-Movie cementing their affection for eternity. Shakespeare would’ve been proud.

Saved by the Bell Life Lesson: When it looks like your love-life is going to be canceled, who knows, maybe The Executive Producer is working on your Vegas Wedding made-for-TV movie.

We were all Saved by the Bell

Thank you Zack, Kelly, and Peter Engel Productions for the courage to teach us all about life and so much more. I’m alright, only because I was Saved by the Bell.

I would love to hear from you in the comments below.

What did Saved by the Bell teach you?
—